Corneal imaging group of IBMS focuses on studying the structural and functional changes of cornea and surrounding tissue. Primary goal of the work is to develop tools for better understanding of diseases such as Keratoconus, Cataract, Glaucoma etc, using Optical Coherence Tomography (OCT) imaging. Corneal topographical analysis and in-depth study on corneal layers are done to better understand micro structures.

The human corneal epithelium is of uniform thickness. Therefore, it was implied that shape of the anterior corneal surface (air-epithelium interface) would be the same as the Epithelium-Bowman’s layer interface. We developed novel OCT based corneal layers shape quantification tool, which enables us to study the Epithelium-Bowman’s layer interface. We quantified keratometry and wavefront aberration of the anterior corneal surface and Epithelium-Bowman’s layer (E-B) interface using anterior segment optical coherence tomography (OCT). The anterior corneal edge and E-B interface were detected in radial scans of OCT. Axial, tangential curvatures and wavefront aberration were calculated by ray tracing. In general, the mean steep axis and maximum keratometry of OCT was greater than Pentacam. In normal eyes, the mean root mean square (RMS) of higher order aberrations of the OCT surfaces was greater than the Pentacam by a factor of 4. In keratoconus eyes, the mean RMS of higher order aberrations was high. This method could have implications in the development of new methods of disease diagnoses and treatment plans. 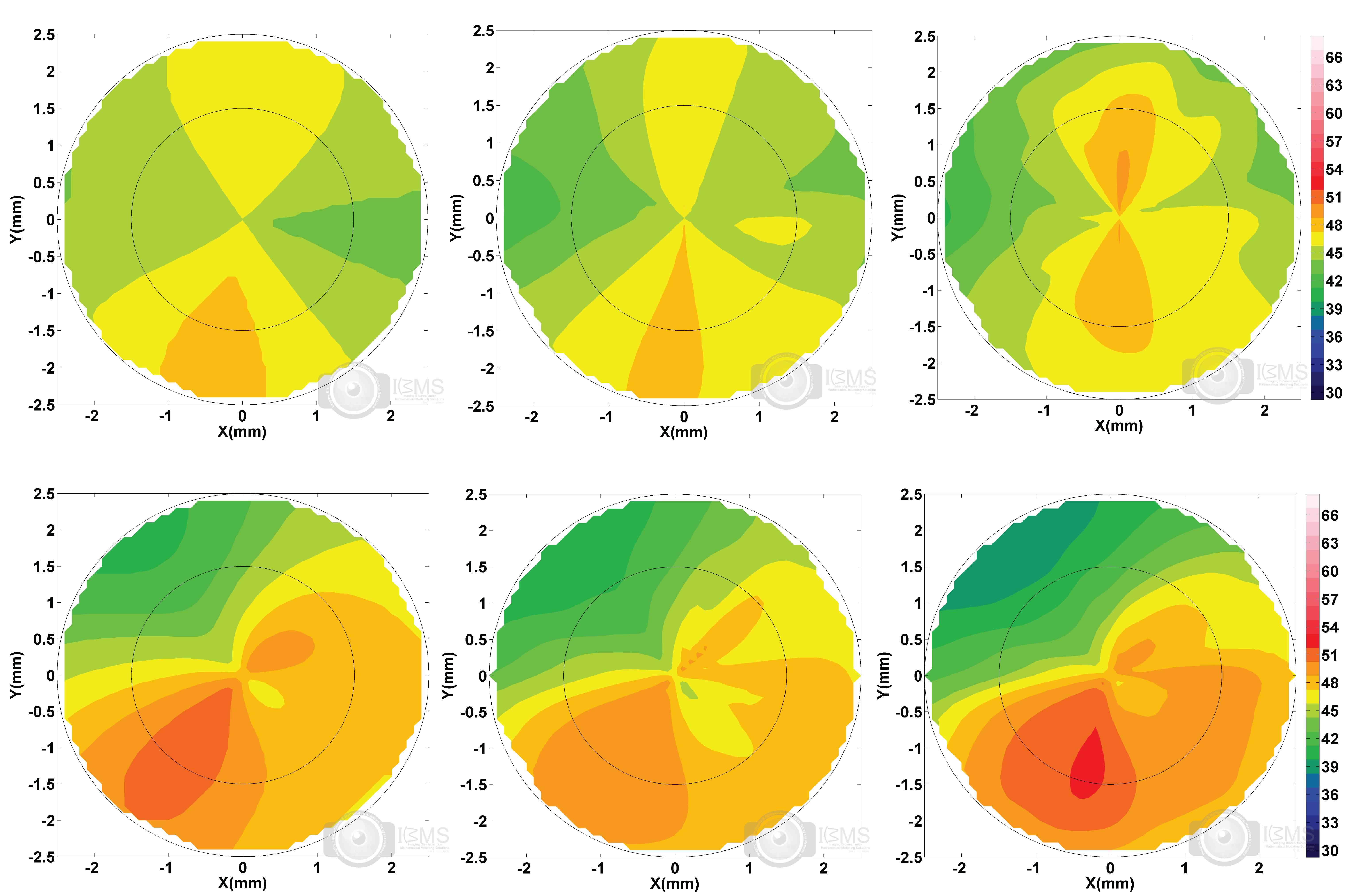 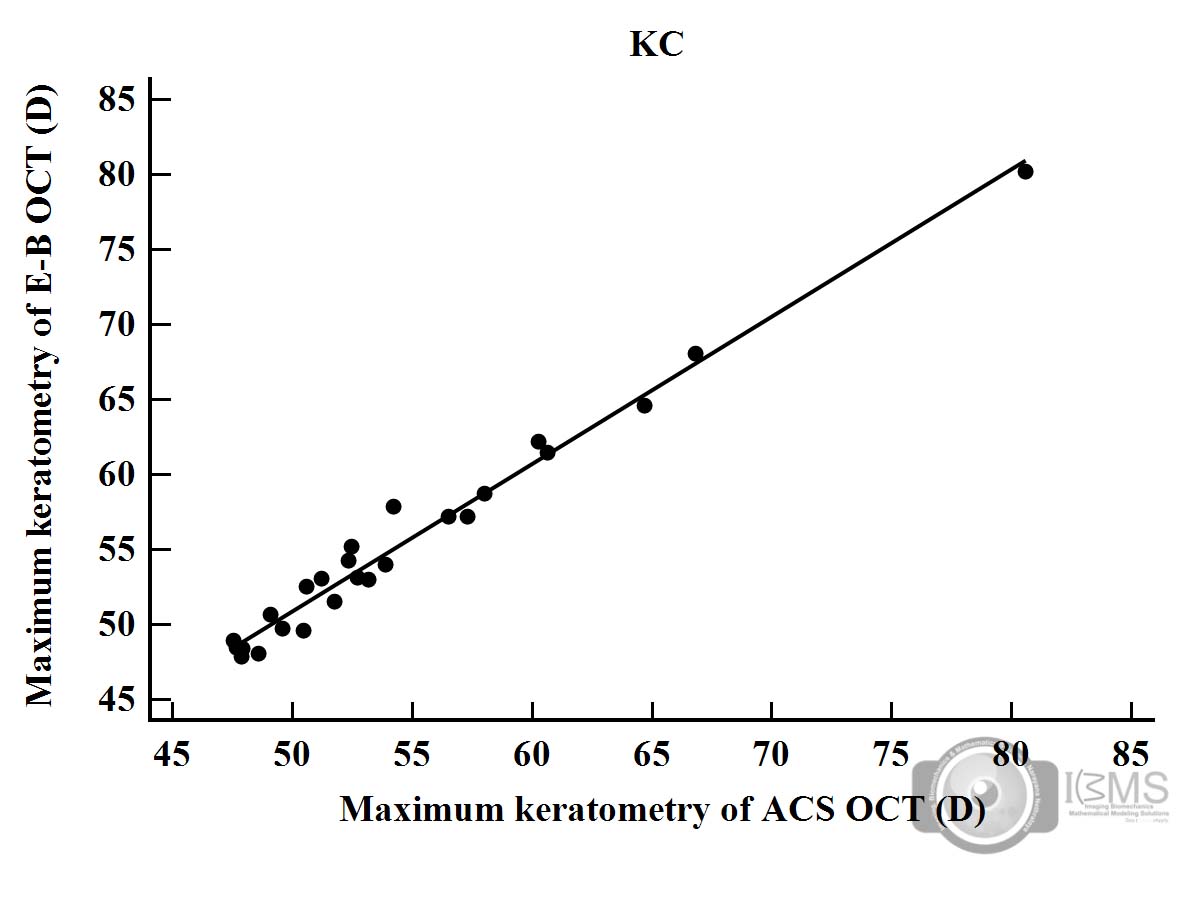 Bowman’s layer is a non-regenerating layer located between the epithelial and corneal stroma made up of collagen fibrils. Bowman’s layer structure is very important as it undergoes changes due to diseases. Hence, it can provide insight into progression of diseases such as keratoconus or tissue strain during corneal refractive surgery. With the advancement of high resolution optical coherence tomography, these microscopic changes can be observed in much detail. In this study, we developed a method to quantify these microscopic changes which can be used for clinical diagnosis. The study showed that these microscopic distortions disappeared with the progression of keratoconus and could be used for diagnosis of the disease. Another study on post refractive patients showed the microscopic distortions immediately after surgery which disappeared at around one month.

The figure shows the detected micro distortions of bowman's layer.