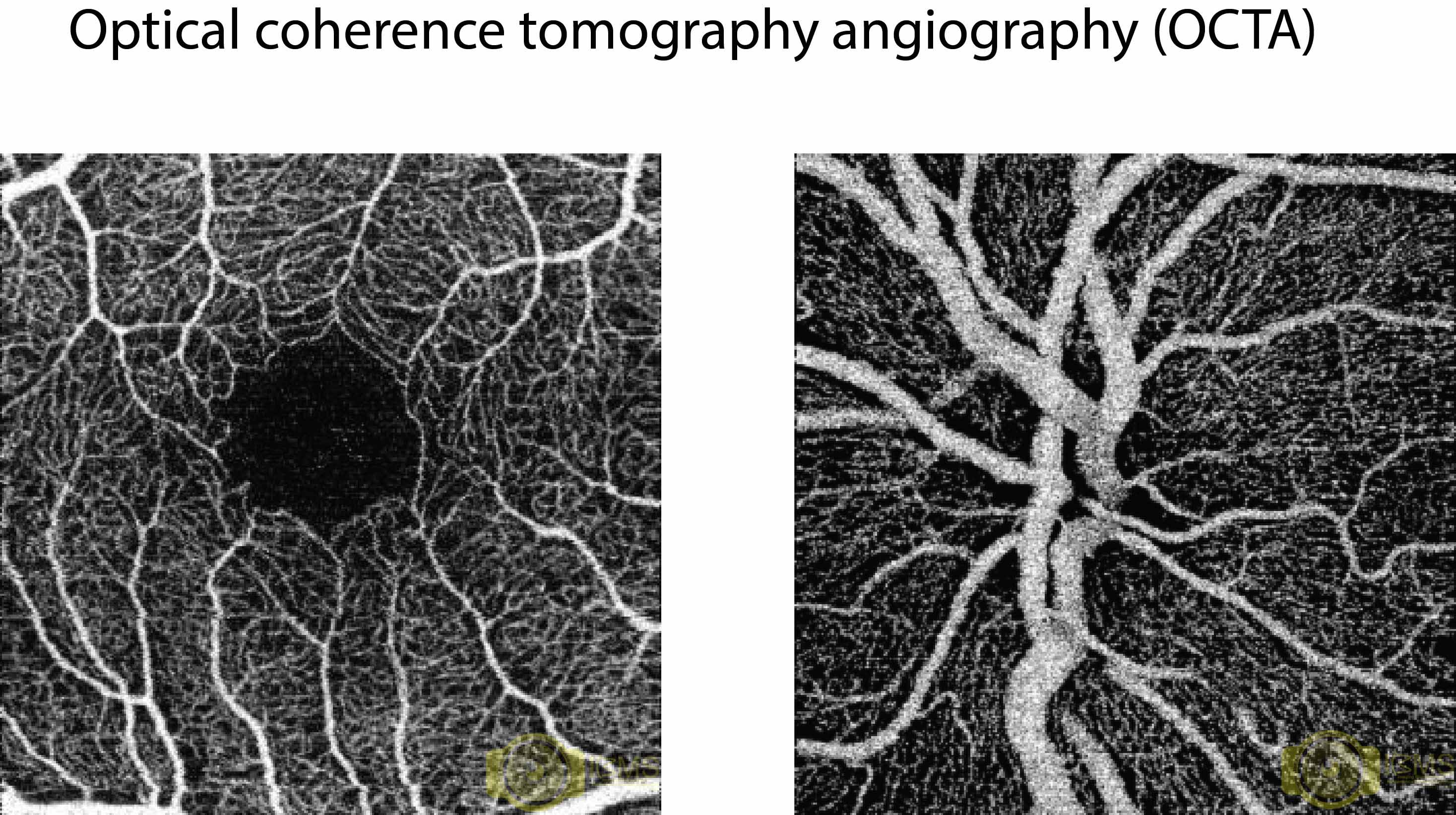 Optical coherence tomography angiography (OCTA) is a recent, non-invasive, and dye-less imaging technique for evaluating the vessels by capturing the dynamic motion of the erythrocytes. The OCTA device generates images of the superficial and deep retinal vascular plexus, outer retina and choriocapillaries layer. It has been shown to be a useful imaging modality for evaluation of ophthalmologic diseases, such as age-related macular degeneration (ARMD), diabetic retinopathy (DR), arteriovenous occlusions (AVO), and glaucoma. Retinal imaging group of IBMS focuses on application of advanced image processing and mathematical modeling techniques on OCT and OCTA images of different retinal diseases to diagnose and track the health status of patients and study the epidemiologic traits in the population.